Admit it – murder fascinates you. The legal field; the cases; the possible parties involved; it all screams for attention by anyone who cares to notice it. That being said, anyone interested in a paralegal job can admit to seeing at least one episode of Law and Order. The second that first “bum bum” noise effect (simulating the hits of a judge’s gavel) is heard, it becomes full-on-focus-time for those interested in a paralegal career or legal assistant career. In Rockford Career College’s Court Procedures class, the students were able to practically live out an episode of Law and Order: Special Victims Unit.

Starting on the first week of the quarter, students received pieces of information regarding a particular murder case. Unbeknownst to them, the facts they were given were those of a real case, just with some minor tweaking to make it more applicable to today. They received mock coroner’s reports, arrest reports, and ballistics and forensics testimonials. These future certified paralegals were even able to interview witnesses to the crime. As a team, the students had to do what a person holding a paralegal job in a criminal law office would need to do – they had to defend their client with the information they were given.

Randomly split into two teams, being the State’s Attorney’s Office and the Defense, they had to collect their evidence, create demonstrations, draft the appropriate documents, and defend their client in a mock trial. On the last week, a bench trial was held with a judge who knew nothing of the case, causing these students to bookend their presentation of evidence with opening and closing arguments. By being able to take what they learned in a book and apply it in a real-world setting, these future certified paralegals were able to see what it would be like to actually go to trial for a client’s case.

What case was it that they were unknowingly working on, you ask? Perhaps you are familiar with the Lizzie Borden murder, and if not, give it a quick look. Most entertaining was that despite the fact that we updated the case to be more modern and the court case was held in a classroom, the verdict was a split decision: just like the actual case. It wasn’t until the verdict was in and the case was closed that they were told what trial they were actually simulating.

Is a Paralegal Job Right for You?

So if you find yourself watching Law and Order and analyzing the facts of the case, then perhaps becoming a certified paralegal and obtaining a paralegal job is your calling. After all, there are no other jobs out there that allow you to play Devil’s Advocate with yourself all of the time! Now if you would please excuse me; it’s time for me to call order in my classroom court as another group of future certified paralegals make their way through their paralegal studies.

Melissa Ridgeway has been in the legal field for more than ten years and is the Lead Instructor of the Paralegal Program at Rockford Career College in Rockford, Illinois. Her experiences include working in offices pertaining to Personal Injury, Worker’s Compensation, Criminal Law, Family Law, Real Estate Law, and Civil Law. She resides in the Rockford-area, and when not assisting in promoting upholding the law, she is singing in establishments all over Northern Illinois and Southern Wisconsin. 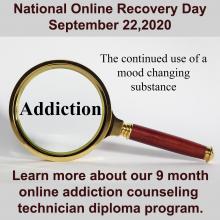 Say Yes To The Gown 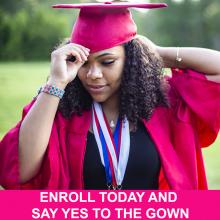 A Day in the Life: Animal Welfare Management 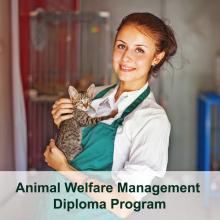